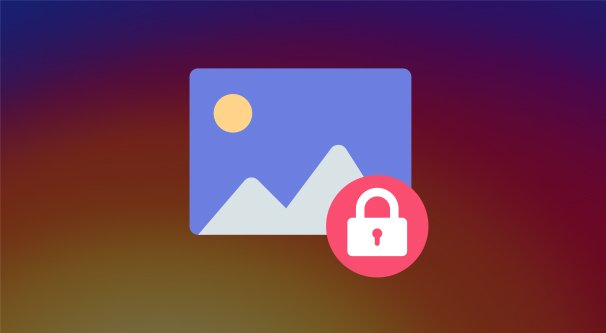 Under normal circumstances, it seems like making a social media profile private is not going to do you any favors. On Instagram especially, a huge amount of your engagement potential comes from your content appearing in hashtag feeds and through user sharing.

So why is it that, over the last year or so, many large accounts have taken their profiles private? Accounts like The Comment Awards, My Therapist Says, and Moist Buddha have incredible numbers of followers, tons of content, a lot of viral potential… and private accounts.

Clearly, there’s something else going on here. How can these accounts maintain their value and even grow while keeping their content private?

There are a number of different reasons why you might want to go private as a large-scale brand or meme account.

The first and most obvious reason is protection. A private account allows you to filter who is following you and who is applying to follow you. Unfortunately, we live in a world where things like doxing are increasingly commonplace. 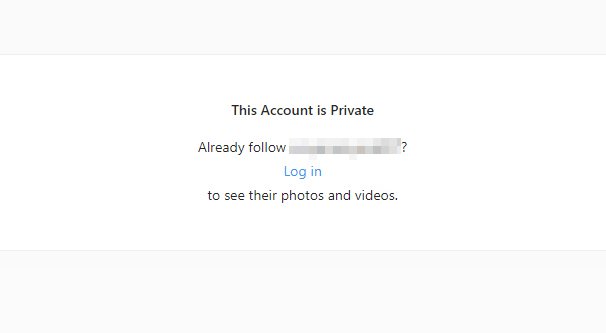 Any time you’re in a position of power, authority, or visibility, there will be people who are jealous of you. Some of those people might be members of movements like the MRAs or Gamergate, or white supremacist movements, or another hate group that targets specific kinds of people. Women and minorities, of course, are frequently the targets of these kinds of harassment.

A private account offers some manner of protection against this kind of harassment. By restricting the people who can even see your content, you minimize the amount of access these harassers have to attack you. This can also help with casual drive-by report bombs. One common tactic amongst harassment groups is to mobilize large numbers of people to click a link and report an account, in hopes that the mass reports get the account suspended. This can’t happen if non-followers can’t report you.

Of course, this isn’t always effective. Sometimes there are smarter people attached to these movements, who follow an account but don’t make waves, merely leaking information to their fellows. And, once information is out, it’s impossible to put the cat back in the bag. This is why so many large accounts, once harassment gets out of control, simply shut down. It’s easier that way.

A second possible reason to take your account private is asset protection. We’re not talking about harassment here, but rather, content theft. There are a lot of people out there who are more than happy to just steal and copy images from Instagram accounts and post them on their own without credit. 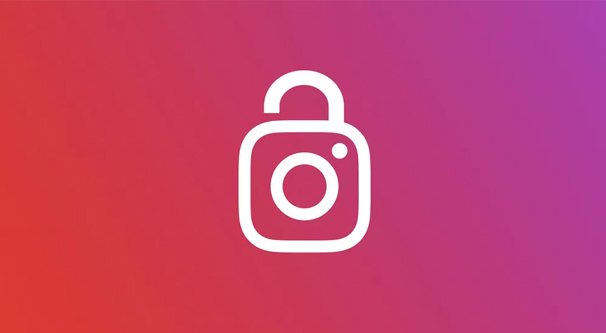 Some of these accounts are relatively benign. They don’t realize what they’re doing is theft, and they’re just sharing content they like in an inappropriate way. Others may be copying content from a dozen different sources to make their account seem like it’s way more active and creative than it is. Some might even be stealing content and then selling it, on sites like Redbubble, where print on demand services don’t do any copyright checking.

Taking your account private makes it harder, though not impossible, to have your content stolen. At the very least, the people stealing your content need to be able to see it.

Private accounts also have the benefit of hiding personal activity from the public at large. Brands don’t typically have to worry about this, but individual users might find that they should hide their feeds to avoid potential future employers from finding out about all of their youthful parties and other excesses.

Another benefit to taking your account private is that you have to manually approve the people who follow you. Now, this may not seem like a benefit when you’re thinking about it from a “that’s a lot of work” perspective. On the other hand, it allows you to actively filter all of the users who are following you.

What this means is that you can identify fake and bot followers before they even follow you, and reject them. Your growth will be slower, but you already know that the people following you have a much higher chance of being real, legitimate followers. A smaller, cultivated audience is always going to be better than a larger, disengaged audience.

All of the above are good reasons to go private, but they aren’t necessarily the real reason any of these big meme pages and brand pages are doing it. To learn the real reason, you have to take a bit of a history lesson.

Years and years ago, Facebook allowed brand pages to hide their content. They could put up a landing page with some graphic or other, and a call to action asking users to follow them to view their content. This, coupled with things like giveaways you could only enter if you could see them, got a lot of people to like a lot of pages they wouldn’t otherwise want to like.

This practice was called like gating or follow gating. They put up a gate and required people to take an action to get in. 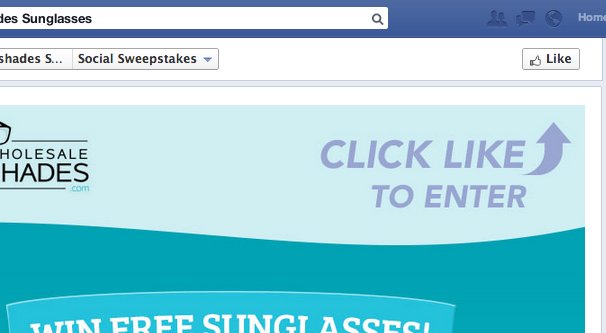 This had several benefits for the page. For one thing, it encouraged more follows. People who were at all interested in the page’s content would follow them to see it. People who wanted to enter contests would follow the page to enter. Now, there was a lot of follower churn as people followed pages to enter contests and unfollowed afterwards, or simply unfollowed when they realized they didn’t like the content the page posted. It wasn’t a perfect system.

It also led to a lot of disengaged audiences. Oh, sure, audiences would be bigger, but many of the people who followed the page did so for one particular post, and don’t care about the rest.

See where I’m going with this?

By setting your Instagram account to private, you hide your content from the world. Yet, if you have hundreds of thousands or even millions of followers already, a lot of people will be sharing your content. If you’re an active user of Instagram and you have active friends, you’ve probably received a DM from someone sharing some clever meme with you, only to see that the content is unavailable because the account is private and you don’t follow it.

You don’t want to disappoint your friends, you don’t want to not understand the latest meme or get the joke, so you follow the account as well. It’s a new form of like gating for the Instagram crowd.

In addition to the desire to be part of the in-group with your friends, there’s a certain level of FOMO, or Fear Of Missing Out. FOMO drives a lot of social media engagement and trends online, everything from meme growth to Bitcoin prices. 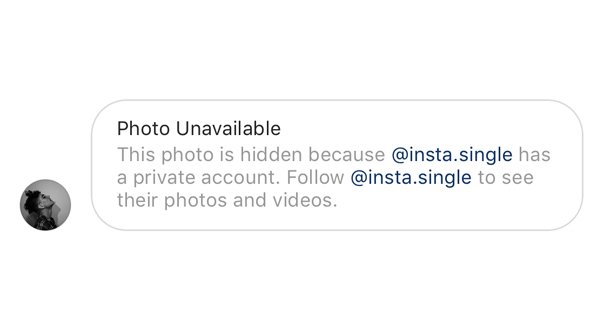 A private account also gives a feeling of exclusivity to your community. They’re part of the in group, the people in the know, and all those other people who don’t follow the account? They’re not good enough. You can even take advantage of that exclusivity by offering coupons or deals explicitly to your followers, without announcing them through other channels. Only the people who follow you can access these deals, and that further encourages other people to follow you.

Finally, there’s one other fringe benefit to making your account private, and that’s making it harder for users to unfollow you. With a public account, when a user follows you, it’s one click. You don’t do anything, and all they have to do is click one button one time. Likewise, unfollowing an account is also a single click.

With a private account, they have to apply to follow you and you have to approve them. Moreover, if they want to unfollow you, Instagram pops up a warning that they’re about to unfollow a private account, and that to follow it again in the future will require approval again. There are plenty of people who, when presented with the consequence of their action, will second-guess themselves and keep following you instead. Thus, you have potentially higher follower retention.

So if going private can boost the close-knit nature of your audience, retain followers, and grow more followers due to the closed nature of the account, why not do it? Well, there are several drawbacks to clicking that button.

First of all, you can’t switch a business account to private. If you want to be private, you have to be a personal account. This means for brand accounts, you lose access to analytics, ads, and many third party API-based platforms. That’s a lot to lose, especially for a brand. Meme accounts that survive on affiliate links and not much else can do it fine, but if you rely on ads, if you need analytics, or if you want to be correctly labeled as a brand, you need to stay public. 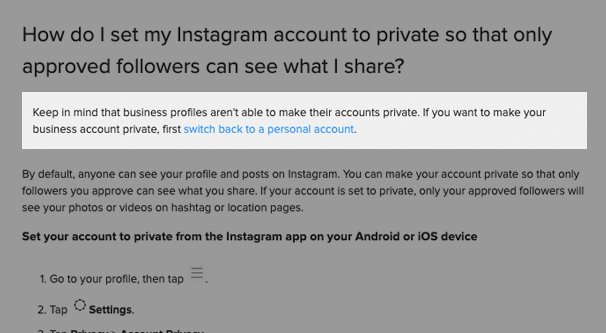 Secondly, a lot of people will decide not to follow you when your account is private. Some people react adversely to FOMO; rather than following to see what they’re missing, they automatically declare you not worth it. After all, maybe your content sucks, and that’s why you’re hiding?

A third major drawback is the lack of organic exposure. Think about all of the sources of traffic, visibility, and engagement you get from Instagram.

All of this is lost when you set your account to private. Users who follow you can DM your content to their friends – which will show as unavailable – but these other forms won’t even show your account at all.  The only way you’ll show up is when a user is searching for your account name.

Another possibly major drawback is the fact that you can lose verification. According to Instagram rules, you can’t be verified if your account is private, and it’s possible that if you’re a verified account and you go private, you will lose that verification. Now, I know some large accounts from public figures don’t lose verification because of this, or they can get it back right away when they change to public again, but that doesn’t mean you’re big enough to get that kind of special treatment. 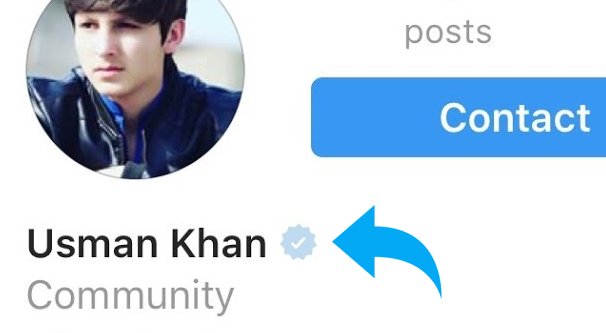 On top of all of that, you lose out on what I call “spontaneous opportunity.” A fitness model might miss out on being scouted by a magazine because her account is private. A business owner might miss out on a book deal because the potential publisher can’t see their content. Even something as simple as a shout-out trade might be torpedoed because you don’t have the public visibility another account wants.

Taking your account private basically trades all forms of Instagram engine discovery, like tag feeds, the explore page, and search, in exchange for like gating. This works for meme accounts and large-scale joke accounts, but it’s much less effective for business accounts.

So, should you take your account private? If you’re a business, probably not. You can certainly give it a try, but it might not be a great idea.

Why Aren’t My Facebook Likes and Followers Equal Numbers?
How to Fix Your Instagram Engagement After It Has Dropped